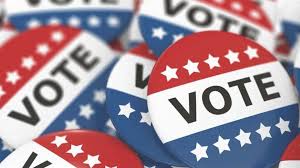 In 2018, Maine became the first state in US history to use Ranked Choice Voting statewide, and Voter Choice Massachusetts is leading the effort to upgrade elections here. With 32,000 supporters, 6,000 volunteer signups, and 2,000 donors, Massachusetts is now home to the largest and most active statewide campaign to advance this reform in the nation. In this talk you’ll learn everything you’ve wanted to know about Ranked Choice Voting (RCV): the serious problems it solves, what a ranked ballot looks like, how a winner is determined, where RCV is used around the US and the world, notable people and organizations who support it, and how this voting system could transform the culture of American politics itself.
About the presenter:

Nathan Lockwood serves as the Greater Worcester Chapter Lead of Voter Choice Massachusetts, a movement of volunteers dedicated to educating the public about Ranked Choice Voting. He was elected to the Town of Lunenburg Planning Board and served from 2009 through 2015. Nathan is a founding member of the Centrist Project. His career in the software industry has spanned over 20 years and various roles, including software engineer, interaction designer, scrum master, and manager. Nathan has two children in college and lives in Lunenburg with his wife and two small dogs. He holds a BA in Philosophy from Yale University.